Hope For A Better Future

A non-profit project is establishing micro Bitcoin economies in villages in Peru to grant financial opportunity to unbanked communities.

So many people are disempowered and marginalized that many are just like, ‘Whatever, I got no hope for the future,’” Swisher told Bitcoin Magazine. “That’s what Bitcoin is changing there.”

Swisher explained that, in the villages and municipalities that Motiv works in, the issue is systemic, as the lower classes are kept at the bottom and don’t believe there is a way to overcome that. A lack of hope for the future plagues these communities, which are left behind by a financial system that does not cater to them or to their needs.

‘Educate’ is our first word in our ethos,” Swisher said. “We equip them with the tools to use Bitcoin and the knowledge of what Bitcoin is, and then empower them — and that’s the hardest part, letting them know that they can. It is a tough thing to reverse in an individual’s mind.”

Motiv’s hubs in these communities facilitate the birth of micro-businesses as people begin to see their neighbors bypass that initial mental blockade and achieve some financial freedom by enrolling in a class and, later, independently selling a product for bitcoin.

system and the knowhow to actually implement that in their own life, you see what happened to those women in the Andes,” Swisher said, adding that the organization has already helped tens of thousands of people through its programs.

By fixing the money, Motiv is enabling otherwise powerless people in Peru find something they are good at, giving them the ability to train until they’re able to produce goods and services, and earn bitcoin — which they can then use to buy a pair of shoes for their children’s freezing feet. 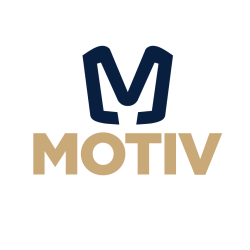