Digital Currency (Bitcoin in Particular) and Them

Not a day goes by without some major media outlet featuring a segment on digital currency. Bitcoin and other digital currencies are “changing the face of global finance”, Bitcoin experts say. Interestingly, Bitcoin became the best performing asset of the last decade (2010 – 2020). As a result, the new technology has garnered momentum in mainstream media.

Despite its success, the public is either connected peripherally or confused about digital currencies and their potential.   There are several questions that exist in the minds of many people regarding Bitcoin and digital currency. Do I buy some? If so, when? What about its volatility—isn’t it too unpredictable to be considered a sound investment?

Who are we? We are Motiv. We hope that his article will help enlighten you on Motiv and digital currency.

The beauty of digital currencies is the ease it brings to financial transactions. There is no one depository where, in our case, Bitcoin resides. It exists in individual wallets protected from governments. Additionally, it provides users with low transaction fees, unlike centralized banking.

It’s common to measure the rest of the world by what appears true to oneself. What’s good for the goose is good for the gander. So, what works here in the States should hold for other countries, especially when it comes to some of the basic axioms of banking. We allow our banks to store our money, pay bills, and access cash from an automatic teller machine (ATM) even if the bank is closed. In other words, banks are somewhat convenient in such situations.

Let us look beyond our shores and examine countries where convenience takes on a whole different perspective. Here, we look at Latin America, in this case, let’s turn our attention to El Salvador and Peru.

Without question, both countries are third-world countries. El Salvador and Peru work with little if any industrialization to help sustain their economies. A significant percentage of the population in El Salvador relies on funds from family members working abroad. In Peru, agriculture and tourism help bolster its economy.

In other words, both countries have a good percentage of their population living in poverty. With that being the case, Bitcoin has been introduced to help these people live better lives, and begin on the path toward elevating themselves out of poverty.

El Zonte, a village in El Salvador, became a test case for an entity from the States, i.e., Bitcoin Beach, backed by a Bitcoin whale to start a micro-economy using Bitcoin. The near-term goal was to teach the populace about Bitcoin and establish a local trade network in goods and services, all while using Bitcoin transactions. Also, it gave them a way to save their money and make transactions without a long bus ride to a “local” bank, thus saving hours-long commute to deposit their earnings. Fast forward to 2020, thanks to Bitcoin Beach’s success, the government of El Salvador officially accepted Bitcoin as a national currency.

Not without its problems, the Chivo wallet was established by the El Salvadoran government and designed to augment the Bitcoin Beach wallet. It became the first established wallet in El Salvador. Despite the startup problems encountered when the government came on board, Bitcoin is well regarded in the region, so much so that they are establishing what they hope to be the world’s first Bitcoin-only tourist attraction.

Later, Peru came and benefitted from the observations made in El Salvador. The Peruvian team assembled by Motiv asked: What worked, what didn’t work, and how is Peru any different?

The problems in Peru are numerous – disease, malnutrition, lack of funds, trade, education, and self-reliance. The situation in Peru required a wholly different approach by the Motiv team.

So, the team at Motiv strategized on what to do. The first step was getting the population on the path to good health and teaching them how to stay healthy. Also, Motiv believed that equipping them with the skills they need to take care of themselves and their families was equally important, so they are empowered to better their lives.

Banking was an issue for Peru like it was for El Salvador. The Motiv team spent time developing and teaching a program about Bitcoin to the locals, and the bones of a digital currency micro-economy took root. Today, there are almost too many wallets to count scattered throughout several regions of Peru. A significant portion of those wallets transact several times a week. This proves that Bitcoin has a toehold and is constantly growing.

For these two countries (and more on the near horizon), the path to Bitcoin was driven by need: The need for a better way to hold onto the money to protect it from theft. And the need for creating an economy in a village isolated from centralized – anything, not just banking.

Bitcoin created value for produced goods and services, but perhaps more importantly for the self. Motiv programs built skills alongside personal hygiene. Also, an entrepreneurship program was established by the Motiv team. This program taught people with these newly acquired skills how to run a small business using traditional principles, but by using Bitcoin as the currency.

Bitcoin adoption could be led by third-world countries as they abandon fiat economic principles. That system failed them. However, Bitcoin provides a way of escape from economic sabotage, and the results we’ve seen proof that it’s effective. 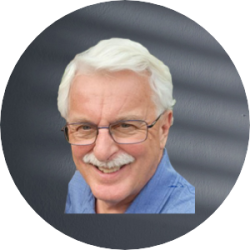