At Motiv We Don’t Do Charity – We Create Opportunity

At Motiv, our vision is to use Bitcoin as a foundation to improve the lives of the impoverished. We don’t do charity. The prevailing definition of charity is “the voluntary giving of help, typically in the form of money, to those in need.” We provide help, but not in the form of money – it’s in the form of education. We equip people with tools that help lead them to a better life.

What we do at Motiv is create opportunity, a.k.a. the critical driving force behind success. Despite the many examples that support this statement, history often disguises the story of how those perceived as successful achieved said success. It’s usually from opportunity. “opportunity is a set of circumstances that makes it possible to do something.”

Bill Gates had an opportunity handed to him by his father. The latter founded a successful law firm and became a philanthropist and civic leader. He had the money and education, providing his son the means to pursue his passion, which led to Microsoft’s founding. The opportunity was born out of freedom to pursue a dream untethered from the need to survive.

Elon Musk, arguably the world’s richest man, too was born into opportunity. Errol Musk, his father, was a successful engineer, entrepreneur, and investor. Living in a household under well-educated parents, Musk was easily provided the resources needed to put him where he is today.

Both families had money, but more importantly, they had generational education. Musk’s grandfather was a chiropractor and adventurer who led expeditions to find the Lost City of the Kalahar along with his wife, a dance instructor. Bill Gates’ grandfathers had professions requiring some education: banking and owning a furniture store.

Both men’s financial security being directly responsible for their success is a point that one can argue. But that position is narrow-minded and doesn’t factor in education’s critical role in their success. Yes, both of these men are very smart, but that stems from the environment in which they matured during their formative years. The benefits of their respective support systems freed them to follow their dreams, not on how they will secure their next meal.

At Motiv, we are working to create this environment for less fortunate individuals and communities. Yes, we will give them money to help stabilize them, but then we teach them skills that will help them break free from poverty and provide the opportunity for a better life. We feed the belly and the mind so they can open their door to the possibility for themselves and future generations.

We can see a world where gatherings for free food can evolve into locations for shared work, education, and opportunity. Thanks to our efforts in Peru, we are already seeing a world where unpracticed people can develop a skill, creating opportunities for a better life. Better yet, we’re also seeing people obtain skills applied directly to the betterment of their community – helping others as they help themselves.

We create opportunity through education. Once equipped with this education, people are empowered to make a change, opening the door to a better life.

There is more to our process, as we also teach the fundamentals of money management by using Bitcoin. We’ll share more about Bitcoin and Motiv in a future newsletter installment. 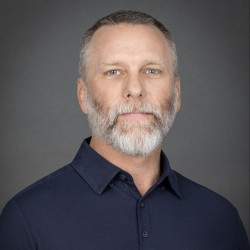 After nearly 20 combined years of service in the Army, Air Force and the L.A.P.D. Rich turned his focus to serving others through private sector business and dedicated humanitarian organizations. The genesis of Motiv happened when Rich and Vali were dispatched to a remote village high in the Andes mountains to work with the local Kechua people to install a playground in front of their schoolhouse.